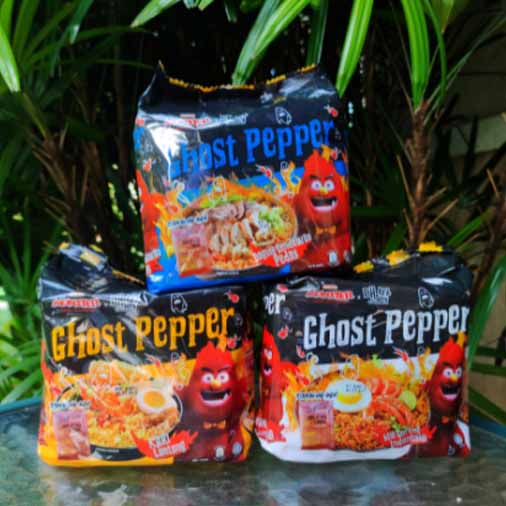 Whether you're the spicy food champion, or someone who can't handle the heat, you'll love these flavours. 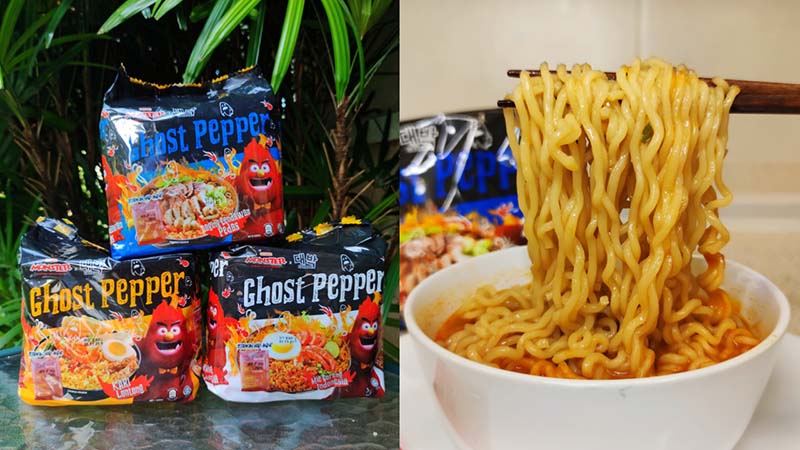 Are you THAT friend in your group that cannot tahan pedas?


OR are you the one who loves taking on new spicy challenges because where got spicy lah??


Whether you're the spicy food champion, or someone who can't handle the heat, check out this new range of Mamee Monster x Daebak Ghost Pepper Instant Noodles! 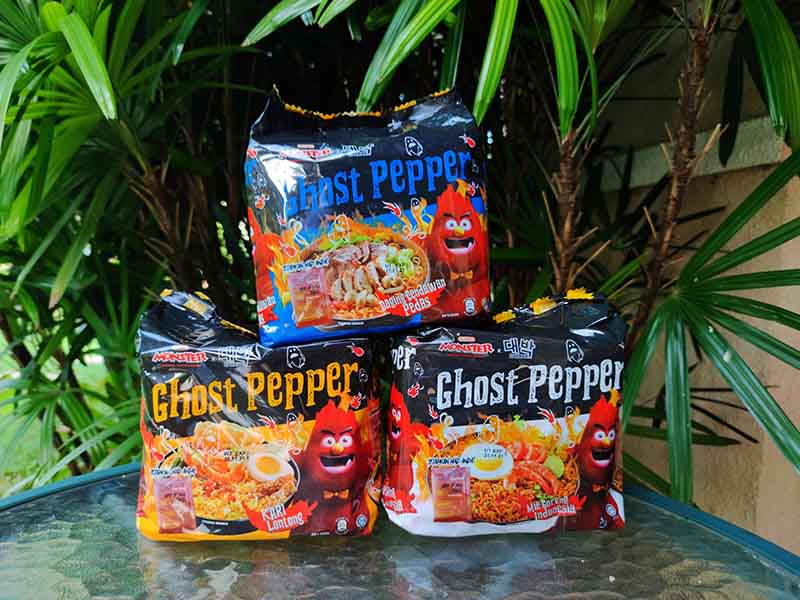 Mamee Monster has collaborated with Daebak Ghost Pepper to launch a new range of instant noodles that let you adjust your spiciness levels to your own liking. Daebakkk.


It comes in three entirely different flavours you confirm will love: 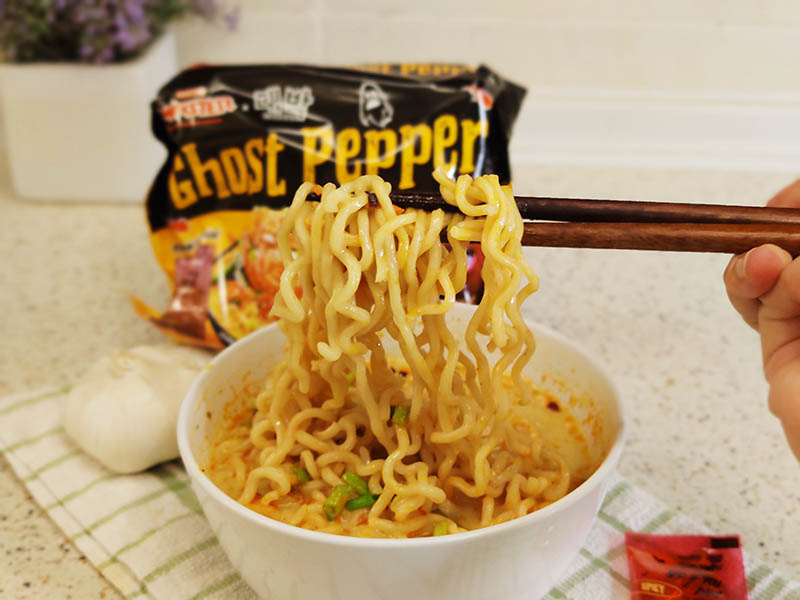 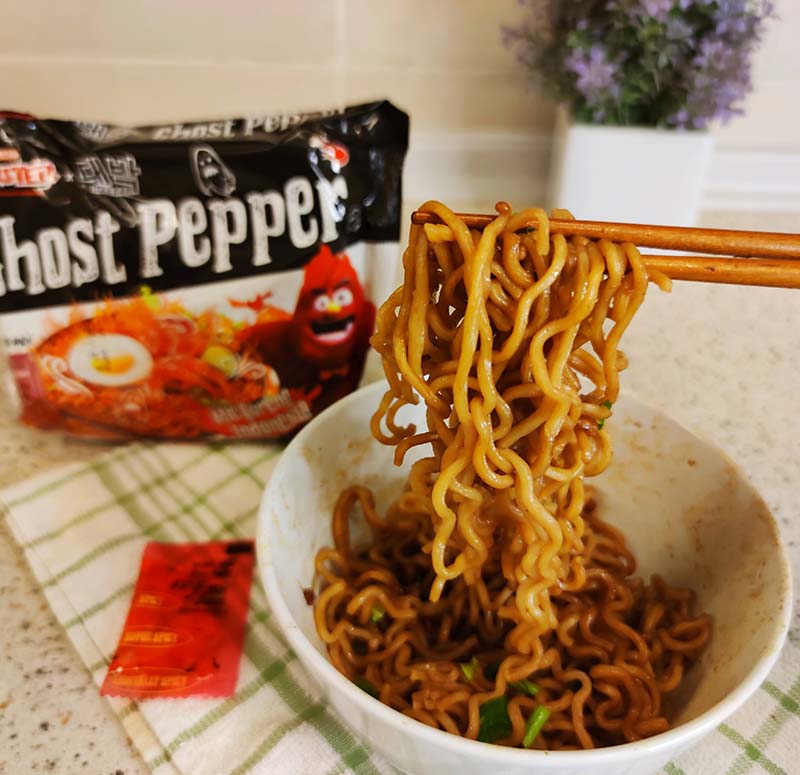 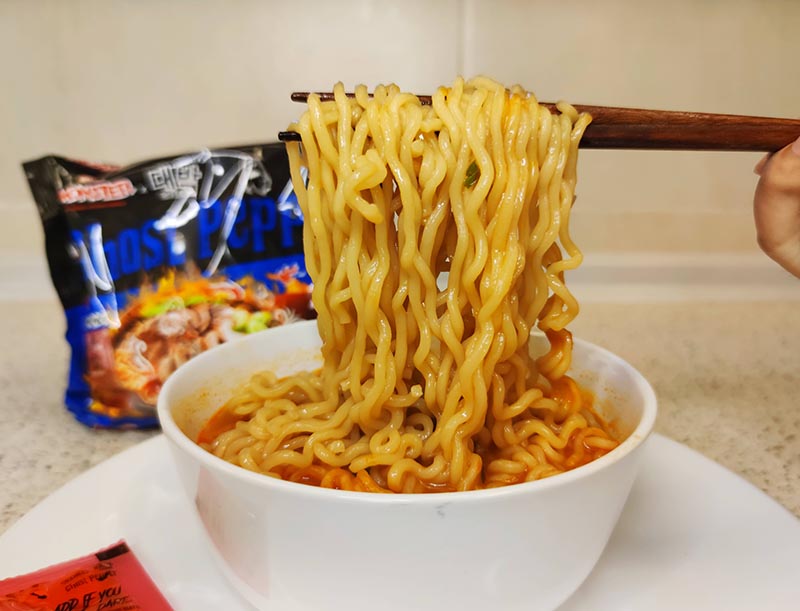 This means that these variants cater to different tastes. Whether you feel like having something soupy or dry, the Mamee Monster x Daebak Ghost Pepper Instant Noodles will not only satisfy your tummy, but also pack a good punch.


Here are the three levels of heat: Spicy, Super Spicy, and MENTALLY SPICY! 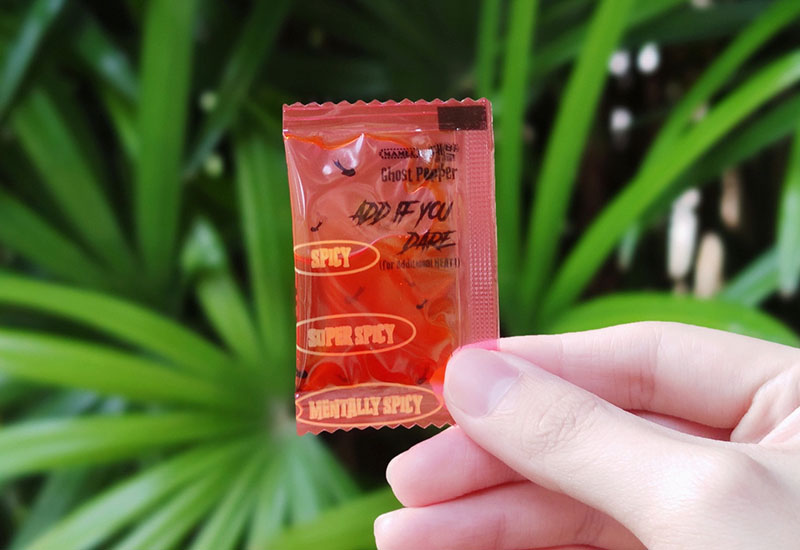 It's such an awesome way to customise your noodles! If you've wanted to try to get that spice but were a little scared, now is the perfect time to give it a try and practise. Plus, if there's not enough kick, you can always just tambah lagi.

What's cool is that unlike the previous Ghost Pepper noodles, this new Mamee Monster x Daebak Ghost Pepper Instant Noodles come with their own style of flavours along with a ghost pepper sachet. Now, you can enjoy yummy delicacies with your preferred spiciness, yassssss!


Don't believe us? Here are some fun facts you should know:

1. The ghost pepper was recognised as the hottest chilli pepper in the Guinness Book of World Records

It was the hottest chilli pepper around before it got dethroned in 2010.

2. The name stems from the Indian word, "Bhut," which means "an especially malevolent spirit"

However, some has also said that "Bhut," which translates to "mean ghost." It differs from region to region. At the end of the day, we can all agree that ghost pepper is the perfect name, right? :p

3. It does not only taste sweet and fruity like other peppers, but also gives a hint of smokiness

Plus, the ghost pepper has a slow-building heat. Upon tasting it, you'll be exposed to its flavours for a few seconds, before the massive heat kicks in.

4. It is commonly used to make military smoke bombs in Northern India

The heat from the pepper, in addition to the smoke, makes the bomb a great tool to extract criminals out of buildings or hideouts. 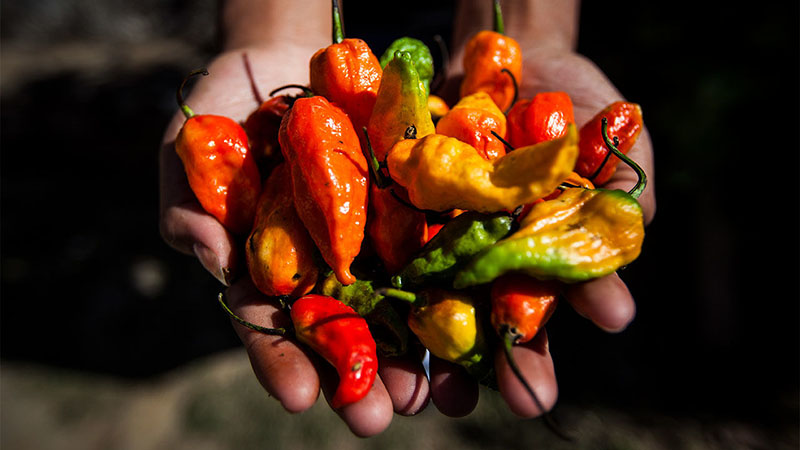 Meanwhile, Malaysian singer, Altimet, has collaborated together with Mamee Monster to come up with a new music video about the fiery ghost pepper noodles. Watch the full video below:

So, are you ready to bring your taste buds to the next level? Get the all-new Mamee Monster x Daebak Ghost Pepper noodles at Lazada, Shopee, or any major supermarkets near you today! 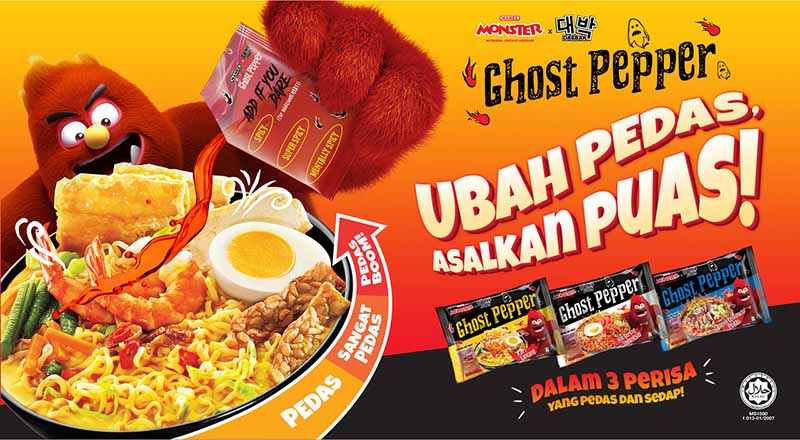 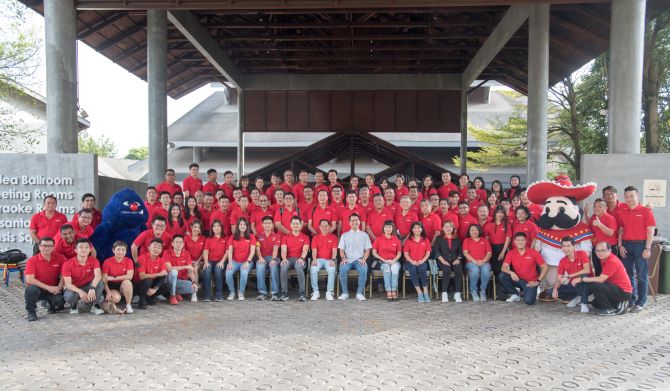 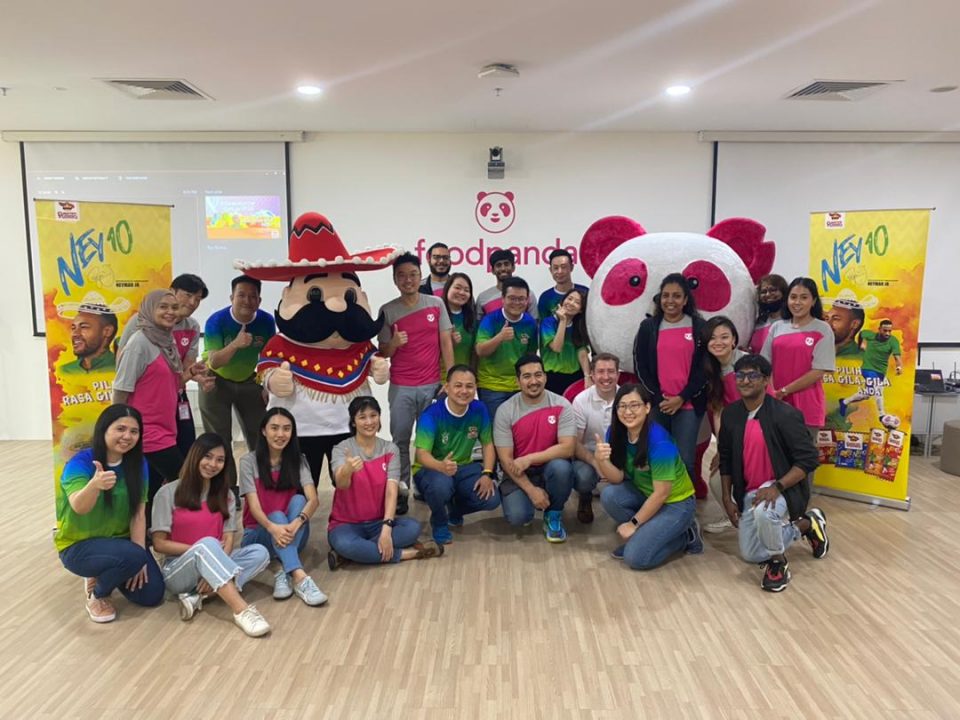 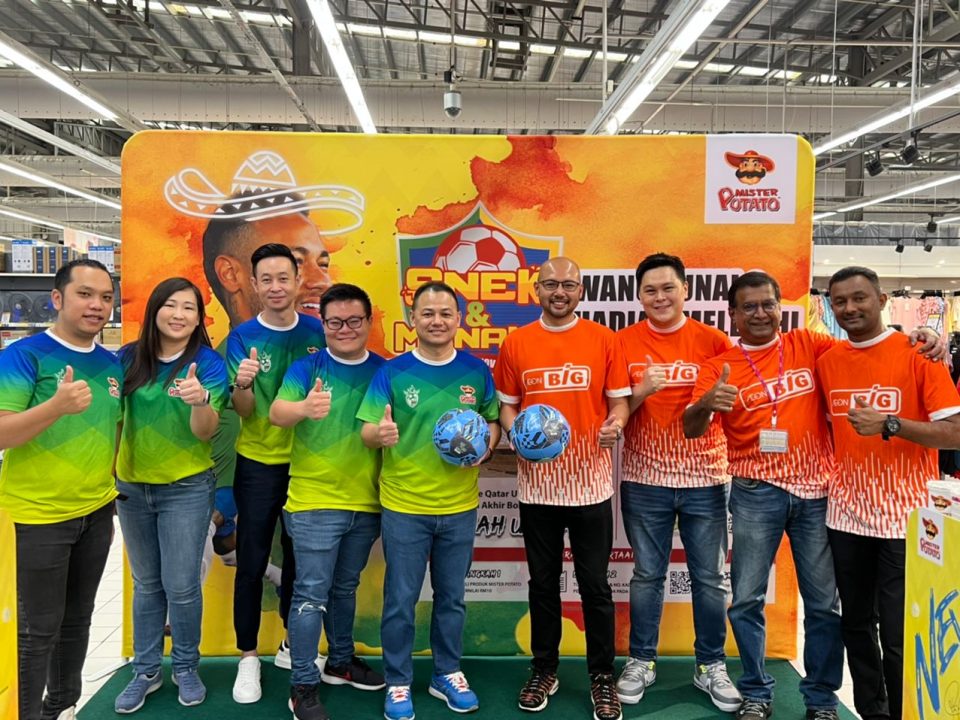